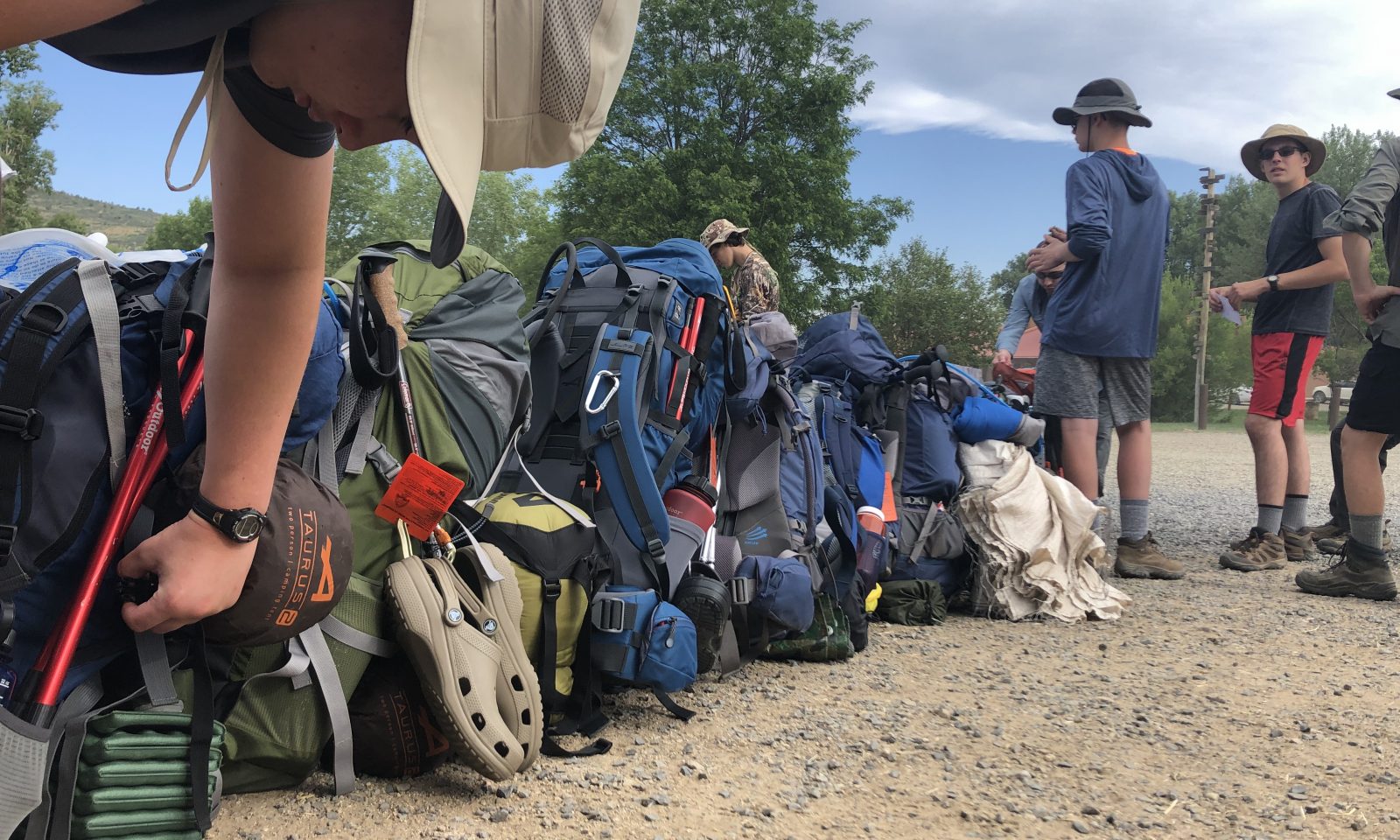 When I was preparing for our trip to Philmont, one of the things I was curious about was the process at basecamp before we were dropped off in the middle of 140,171 acres of backcountry at the start of our 10-day trek. I had viewed dozens of photos of various happenings at basecamp, but it doesn’t really describe much of the happenings in the short time in basecamp.

There’s so much to do upon check-in at Philmont. One of the main things is meeting your ranger. This is an experienced staff member who goes out with you on your first couple of nights to make sure you understand and are following leave-no-trace principals. Our ranger’s name was Benedict. He was a really great guy; was voted staff member of the week just before our trek. I’m sure it happened again after our glowing reviews. He left us on the third morning. I like to think he was impressed with our crew’s backcountry skills, and always dreamed of one like us. Probably not, though. Thanks for the great company, Benedict.

Even though we only spent a little more than 24 hours at basecamp before hitting the trail, it felt longer. There was so much to do; final medical reviews, misc. last minute paperwork, and of course, a visit to the trading post and the branding tent. The only place to get stuff branded with the various Philmont ranch symbols is at Philmont itself. Most people get their leather belt branded. I did that and my hat brim. Caydn did his belt. Ya gotta get a belt, too.